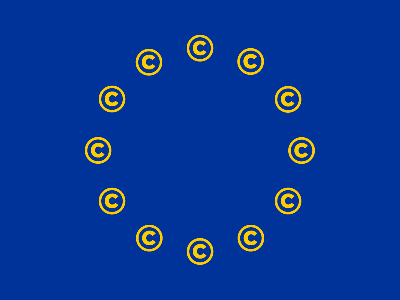 This Thursday (5 July), MEPs will vote on a package of proposals to reform the European copyright system. These important changes, which seek to make policy fit and fair for the digital era, are long overdue; the last update to EU copyright laws was in 2001 — three years before the launch of Facebook, four years before YouTube, five years before Twitter and still in an age when most people enjoyed books, music and pictures and other creative works in purely physical form.

Critics of the new copyright directive have taken aim in particular at Article 13, which seeks to fix the “value gap” — in other words, the anomalous mismatch of earnings between those who make creative works and online content sharing providers that derive huge revenues from the use of those works on their platforms.

Those seeking to stop Parliament’s proposals going forward for debate with the European Council claim a number of fictions, including that the changes will lead to widespread censorship, the stifling of expression and the end of internet as we know it. The facts are more prosaic: the new laws seek simply to give commercial platforms (not non-commercial services, such an online encyclopaedias) an obligation to ensure in-copyright works are exploited legally and in a way that returns a fair rate of reward to their creators and right-holders.

The directive introduces no new restrictions or responsibilities on users — indeed, rather than deterring people from posting material on the web, the proposal for online content-sharing services to obtain a licence from right-holders that covers user-uploads, would increase certainty for those who are otherwise unsure whether they are acting under a legal exception or infringing copyright. This is good for the people who make creative works, good for people who want to use them with confidence and essential for the progress of our cultural and digital economies.

Furthermore, contrary to suggestions that the directive (and in particular Article 11) will threaten the ability to link to content online, individuals would still be free to share links to articles for non-commercial purposes, while hyperlinking is explicitly excluded from the scope of the directive.

The UK is rightly celebrated for the vibrancy of its creative sector, which includes not only major employers but a vast number of individuals and small firms whose livelihoods — and thereby their ability to make works to entertain, inform and inspire us — depend on a fair system of remuneration in which giant tech companies recognise the value of the content on which they flourish. The greatest threat this week is not to fix the value gap.

The British Copyright Council urges MEPs to support the passage of the directive and its Article 13 proposals and move forward with facilitating an equitable business model for the 21st century.